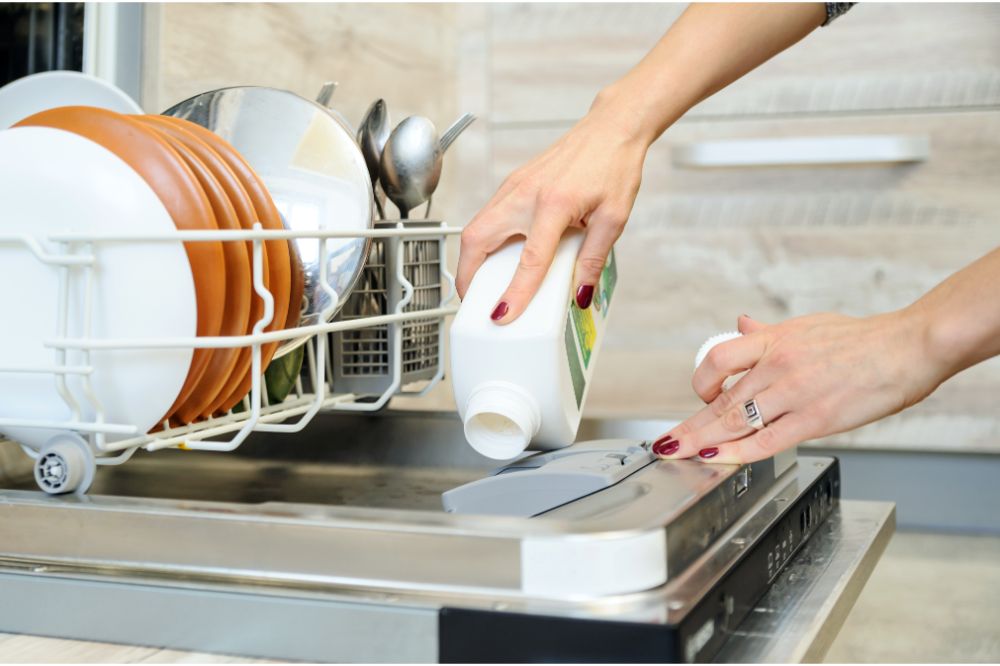 If you own a dishwasher and notice a strange residue, streaks, or cloudiness forming on your dishes and glassware, you may well be suffering from an issue with hard water. Not many people realize what hard water does or what it is, least of all that it could be responsible for your dirty, post-dishwasher dishes.

What is Hard Water?

In many regions around the world, groundwater passes through mineral deposits. The minerals in these deposits will eventually wear away through the constant passage of water and end up in the liquid, which raises the mineral count of the water itself.

The water itself is perfectly safe and drinkable in this state, with some accounts of minor health benefits. However, it also brings with it a few issues. The more common minerals you find in water include magnesium, calcium, and limestone. When you have hard water running through your plumbing, it isn’t unheard of for mineral deposits of these common minerals to begin building up. This can cause severe damage to the pipework, weakening the strength of the pipes and leading to leaks.

It also poses a threat to your dishwasher, which is, of course, using the same water supply. Most modern dishwashers are pretty robust, but water with a hardness of 9°E is what we would consider a danger zone. So reducing the hardness of the water that gets into your dishwasher is crucial to a longer-lasting device. The minerals found in the water can quickly begin to collect around the internal components and break them down or even clog up the water drainage, leading to leaking and residue forming on your dishes.

Speaking on residue, if you’ve ever noticed a streaky film that causes an agonizing squeaking when you drag a finger across it on some glassware, or perhaps some cloudy or white residue on your dishes as a whole, then you may already be having problems with hard water. These are all tell-tale signs of a hard water supply, but that in itself isn’t a bad thing. That being said, if you find this residue as annoying as we do, you’ll want to take care of it ASAP.

So, What is Dishwasher Salt?

It’s pretty common in Europe and the UK to own a dishwasher with a water softener built into the dishwasher itself. This is because that part of the world’s water supply comes from hard groundwater, and dealing with its issues is pretty commonplace. If you had lived in an area with hard water before and owned a dishwasher during that time, you’ll likely already be familiar with dishwasher salt and how to use it. But chances are, if you’re reading this, you probably aren’t, so here’s a quick rundown.

Dishwasher salt is similar to other common salt forms in many ways, but it has some crucial differences that set it apart. Made up of sodium chloride like your everyday table salt, dishwasher salt is specifically designed to help your dishwasher maintain its water softening abilities. The two main differences between this salt and other salts, such as sea salt, Kosher salt, and table salt, are size, consistency, and purity.

When you’re cooking, you’ll likely be using a much finer ground salt, and very little of it compared to the amount of dishwasher salt you’ll be using for your dishwasher. Additionally, it’s also seldom pure, containing anti-caking agents and magnesium salt, making it much better for cooking. Dishwasher salt is far chunkier, in more grouped clumps, and doesn’t contain additives.

The distinction is important so that you don’t make the mistake of using other salts as a replacement for dishwasher salt. If you use simple table salt, the additives can get caught up in the wash cycle and clog up the pipes, causing damage. Always be sure to use regular dishwasher salt. 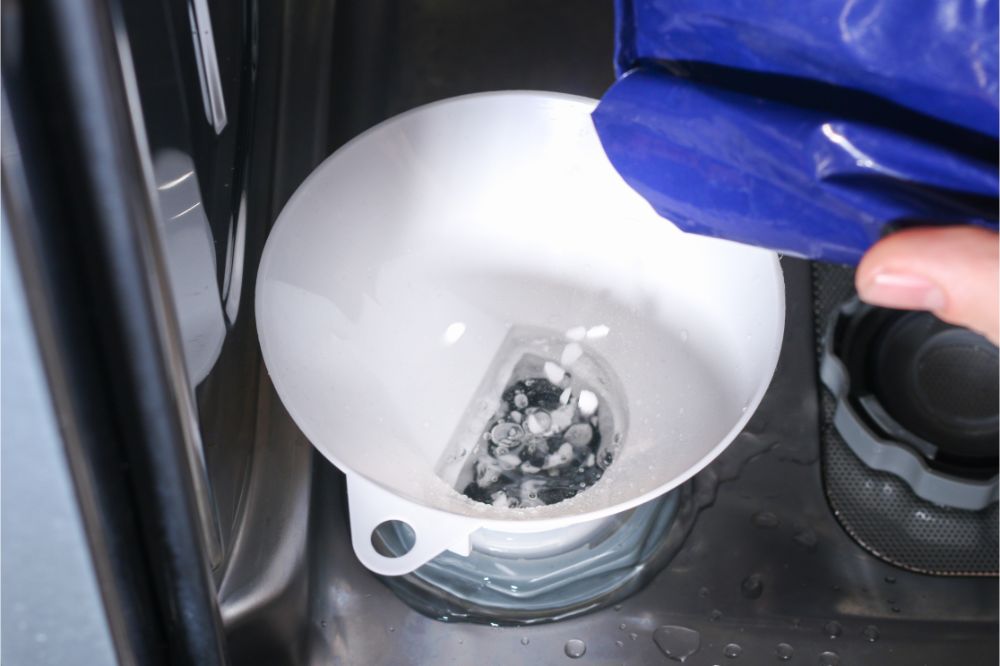 What does Dishwasher Salt Do?

If you live in an area supplied with hard water, you will likely own a dishwasher with a built-in water softener. The purpose of the softener is to – as the name might suggest – soften the water. This makes it more effective at cleaning without causing a build-up of minerals. It does this through a process known as ion exchange.

You’ll likely find the water softener around the base of the unit itself. It’s pretty easy to identify as it looks like a basket filled with balls. These resin balls are the filter through which the water passes. This attracts and collects the magnesium and calcium out of the water. This softens the water before it even reaches your dishes. It entirely removes and neutralizes the minerals in the early stages of the wash cycle.

However, over time, the resin balls lose their effectiveness and will need to be recharged. They eventually become negatively charged, and this is where the dishwasher salt comes in. The negatively charged resin balls attract the positive charge from the salt, effectively resetting the balls to be an effective filter once again. So, in essence, dishwasher salt is to assist in the softener do its job, rather than acting as a softener on its own, as many people misbelieve.

Thankfully using the salt is pretty simple. If your dishwasher has a softener, you’ll find a compartment dedicated to the stuff. All you need to do is fill this compartment up with loose salt and seal it up again. Then you’ll be ready to wash your dishes.

Many – but not all – units have indicator lights or some other way of measuring the salt level. This can give a good indication of how much to add. But if you aren’t sure, fill it up to the top. It’s essential you find the compartment and don’t get it mixed up with a different component. This includes where you would put your normal detergents. This can mess with the wash cycle and lead to severe complications in the internal mechanisms.

Modern washing machines are pretty simple to plumb and won’t require much effort. So much so, you might even be able to do it yourself at home. All you’ll typically need is a cold water feed, as the modern makes don’t need a hot water feed. You’ll also have a wastewater pipe which you’ll need to feed towards a drain. And of course, you’ll need a regular plug socket.

Because it requires so little effort, you can quickly set up your washing machine. If you are aware of the layout with which you have to work, you can proceed. You just need access to the cold water feed, a drain, and a plug socket. You can easily set it up by either following the manual that comes with the unit. Or you can look at one of the many different guides online.

Dishwasher salt is an excellent resource you should become acquainted with. This is especially important if you live in an area supplied with hard water. You may have noticed the effects of the hard water on your dishes. This is a tell tale sign that you’ll need to invest in a packet. Thankfully, it’s pretty easy to use and refill. And if you keep the salt regularly stocked, you’ll get to enjoy crystal clear dishes.