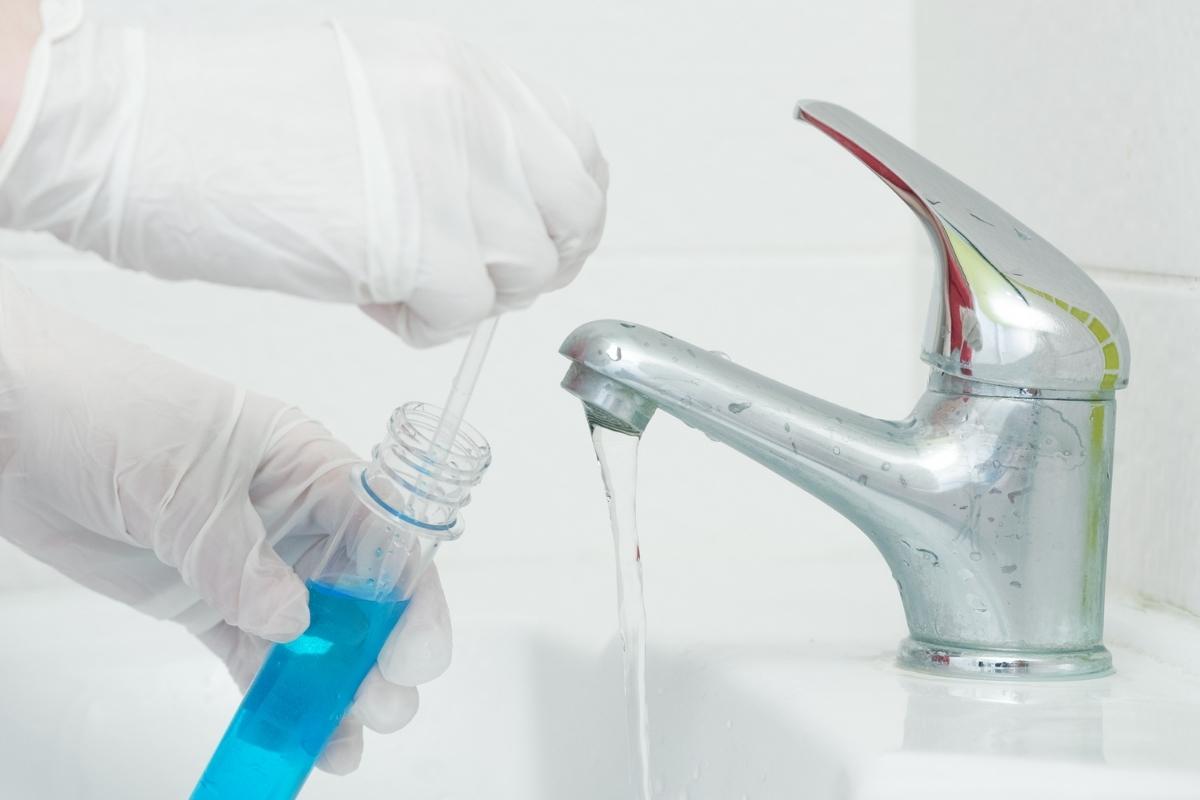 If you have been struggling with well water that has a high manganese content, don’t worry – you are not alone. This is a common problem that many homeowners face.

The good news is that there is a cheap and easy way to remove manganese from well water.

In this blog post, I will discuss the cheapest method for removing manganese from well water. I will also provide tips on how to detect manganese in your well water system.

Is Manganese Bad For Us?

Manganese is a mineral that is found in many rocks and soils. It is also found in small amounts in our bodies. Manganese is not considered to be a health hazard at low levels.

However, high levels of manganese in well water can cause problems.

Some people who drink water with high levels of manganese may develop manganism. This neurological condition causes symptoms such as tremors, muscle stiffness, and problems with balance and walking.

Manganism is rare, but it can be serious.

Manganese can also cause other health problems. Children who drink water with high levels of manganese may have lower IQ scores and attention problems.

Infants who drink water with high levels of manganese may have problems gaining weight.

How Does Manganese Get Into Well Water?

Manganese can enter well water through the following ways:

Manganese is found in rocks and soils. When rainwater seeps through the ground, it can dissolve manganese and carry it into the aquifer.

Manganese can enter surface water (such as lakes and rivers) through runoff from mining operations, factories, and landfills. Surface water can also pick up manganese from the soil.

Manganese can enter groundwater through runoff from mining operations, factories, and landfills. Groundwater can also pick up manganese from the soil.

How To Detect Manganese In Well Water 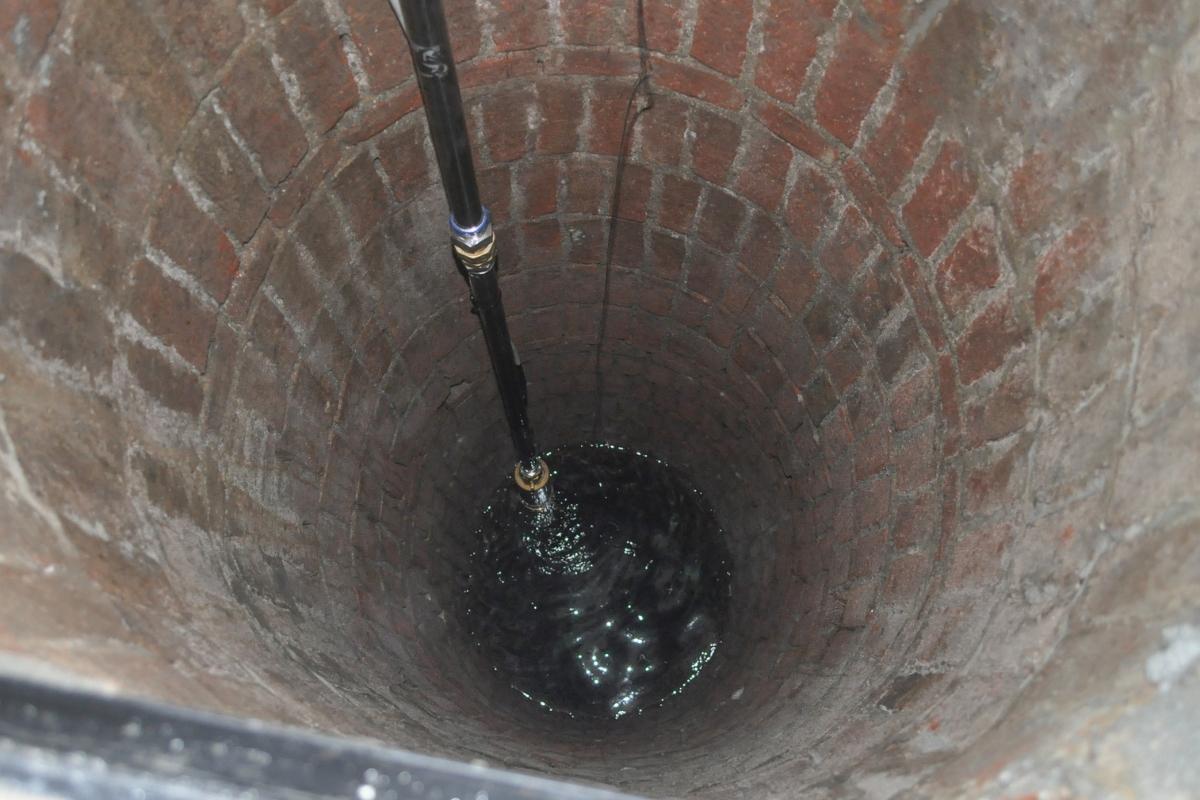 The best way to test for manganese in your water is to hire a certified water testing laboratory.

A water testing laboratory can test for various contaminants, including manganese.

You can also purchase a home water test kit. These kits are not as accurate as tests done by a certified water testing laboratory, but they can give you an idea of whether or not your water contains high levels of manganese.

There are two main types of manganese in well water: manganous manganese and manganese dioxide.

Manganous manganic: In this state, manganese is totally dissolved, just like sugar and salt dissolve in water. Manganous manganese must first be “precipitated” in order to be removed with a filter.

It can, however, be removed by a water softener in this form.)

The Cheapest Way To Remove Manganese From Well Water

Reverse osmosis filters are the most effective for removing manganese from well water. These filters work using a process called “reverse osmosis.”

In reverse osmosis, water is forced through a semi-permeable membrane. The manganese is too large to pass through the membrane, so it is removed from the water.

Reverse osmosis filters are not cheap. They typically cost around $300. However, they will remove other contaminants from your water in addition to manganese.

If you cannot afford a reverse osmosis filter, you can try the following methods:

Greensand filters are effective at removing manganese from water. Potassium permanganate is applied to the greensand medium.

As a result, manganese becomes a solid that may be removed by filtration. High quantities of iron and manganese may be effectively removed using greensand, but this process needs a lot of maintenance.

Iron removal filters are also effective at removing manganese from water. These filters work by oxidizing the manganese and then filtering it out.

The main downside to using an iron removal filter is that it will also remove other minerals from your water, such as calcium and magnesium. This can make your water harder.

Whole-house filters are less effective than reverse osmosis filters, but they will remove some of the manganese from your water. Whole house water filters are typically installed where your water enters your home.

These filters will remove manganese, as well as other contaminants, from all of the water in your home. This includes water from your taps, showers, and appliances.

Add An Acid To Your Water

Adding an acid, such as vinegar, to your water can help to remove manganese. This method is not effective for all types of manganese, so you may want to test your water first to see if it is effective.

This involves adding chemicals to the water that will bind with the manganese and remove it from the water. Chemical treatments are not as effective as reverse osmosis filters, but they are much cheaper.

If you have high levels of manganese in your well water, you should also have your water tested for other contaminants.

Some of these contaminants, such as iron and sulfur, can cause problems if they are not removed from the water.

Does A Water Softener Remove Manganese? 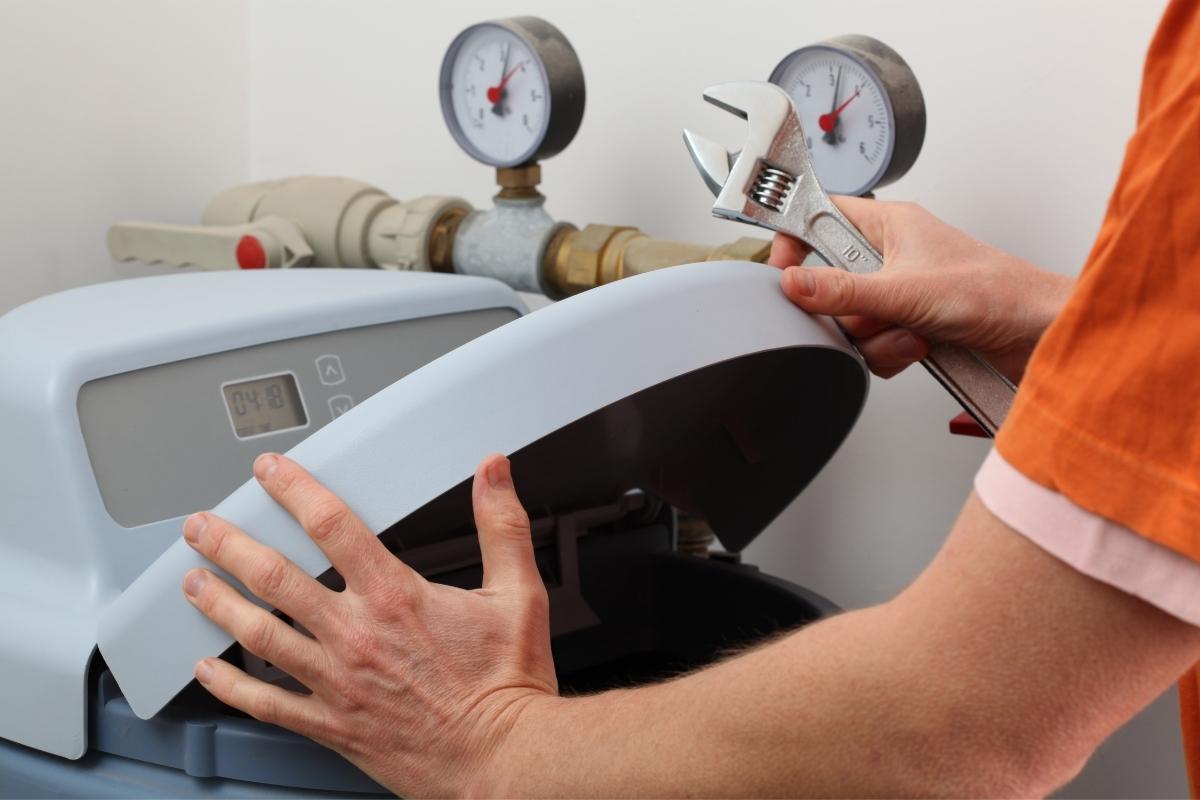 Magnesium hardness in water is often removed using water softeners through an exchange process. The sodium is injected after the magnesium is removed from the water.

The same process is used to remove manganese—exchanging the manganese for sodium. The softener resin bed is back-washed and regenerated to eliminate the manganese.

Water softeners work well, but only in optimal conditions. If precipitated manganese is present, issues might arise. This manganese can seriously harm the resin beads used to carry out the ion exchange.

Similarly, the pH of the water must be higher than 6.7 in order to prevent the manganese from precipitating and causing issues.

The removal of manganese by water softeners might also be affected by the presence of iron in the water. A water softener might not work well if the level of dissolved iron is higher than 5 mg/L.

This is because the Brita filter uses a process called adsorption to remove contaminants from your water.

The Brita filter will need to be replaced every two or three months in order to continue removing manganese from your water.

The following tips will help you maintain your well water and keep it free of manganese:

Water can contain many different contaminants, so it is important to test your water regularly. This will help you to identify any problems early and take steps to fix them.

You should have your well cleaned by a professional every few years. This will help to remove any build-up of contaminants that might be present in your well.

Shock Your Well Twice A Year

Shocking your well means adding a high concentration of chlorine to the water. This will kill any bacteria that might be present in your water.

Use A Water Filter

Installing a water filter is one of the best ways to remove contaminants from your water. Many different types of filters are available, so you can choose one that is right for your needs.

Ensure Resin Beads Are Not Damaged

If you use a water softener, ensure that it works properly and that the resin beads are not damaged. You should also regularly check the pH of your water to ensure that it is high enough for the softener to work properly.